We were hired by a customer who had a back yard space that was never utilized.  The yard consisted of dirt, weeds and some sparse shrubbery.  Our crew started by removing all the weeds, debris and trash from the area and then prepped/graded the soil.  There was no existing irrigation so we put in a new system for the turf areas and planters.  We installed a set of sandblasted pavers and custom built the pergola.  The crew also installed a 4″ concrete pad in which the tiles would be laid in herringbone fashion.  A block wall, St. Augustine sod, and some colorful perennials added the finishing touches.  The family went on to host a party the following weekend. 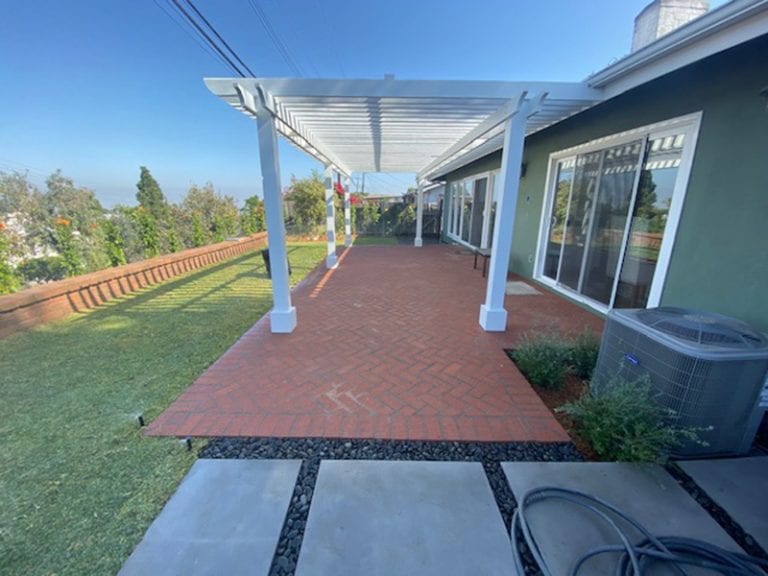 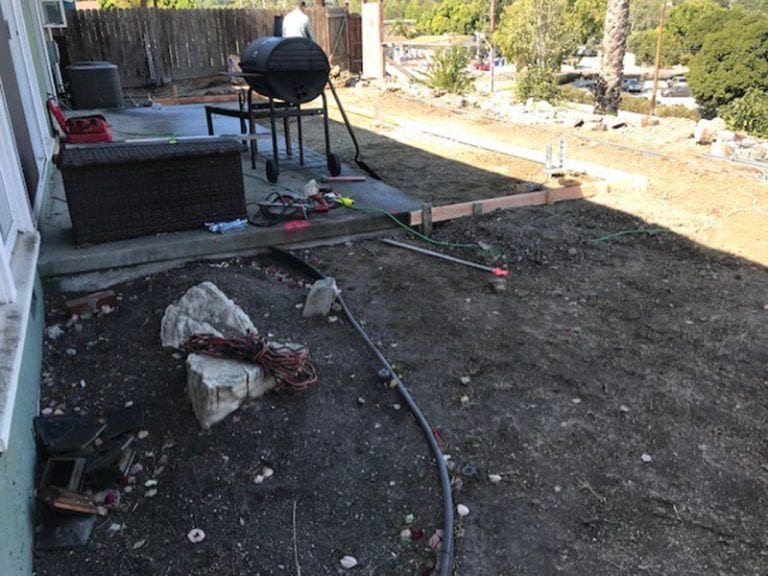 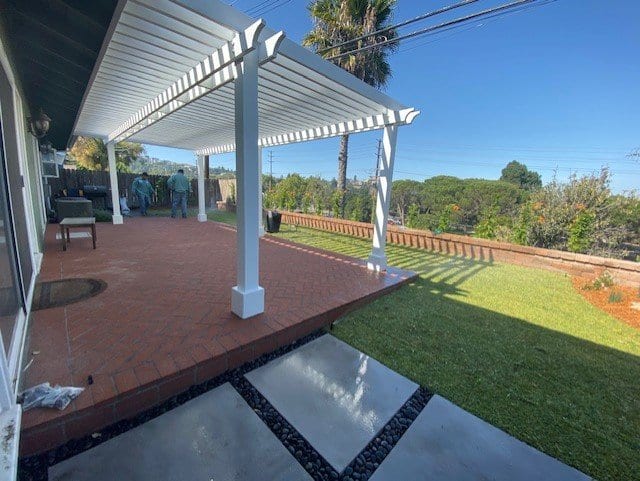